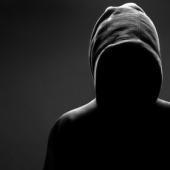 possibly Apologies for the lack of updates recently. We've been working on two new systems that will let us make some pretty awesome things with the game. We're extremely excited to show you them. You saw them here first.

The tracking system we released in beta a few weeks ago. It took some tweaking to make it work perfectly, but we got it! It will enable a lot of awesome new things from new quests, to dungeons, PvP modes, matchmaking, and much more. So far...

With the addition of new quests and PvP modes that we're adding, we needed a way to be able to make the game write custom UI for us -- that is much more robust than a simple text field, and even interact-able. Well, in a first for pservers, we did this, and its pretty awesome. It will be used for the PvP modes, quests, and much more. It's first use will be the MvP system (see below).

We've created a new announcement system that allows us to do much more with announcements.

We will slowly be upgrading existing announcements to the new version that we have created.

The new version allows us to:

The MvP sytem is pretty awesome. Like, really awesome. It allows you to see who the current MvP is in realtime, allowing the enemy team to focus him and you to try to beat his score.

Prizes (will start after beta)

What to expect in the next update

Nitex comments: "Dragon Knight continues to dominate in several scenarios due to its combos and stun durations. We have scaled back some of the damage on pulsing skills to make the class more skill based."